When are the US durable goods orders and how could they affect EUR/USD?

Friday’s US economic docket highlights the release of durable goods orders data for August. The US Census Bureau is scheduled to release the monthly report at 12:30 GMT and consensus estimates point to decline by 1.0% as compared to a solid rise of 2.0% recorded in the previous month.

Excluding transportation items – core durable goods orders, which tend to have a broader impact than the volatile headline figures, are anticipated to recover from the previous month’s fall of 0.4% and post a modest rise of 0.2% in August. Meanwhile, non-defense capital goods orders excluding aircraft and parts – a proxy for business investment – are forecasted to remain flat after July’s downwardly revised reading of 0.2% (0.4% reported earlier).

Readers can find FX Street’s proprietary deviation impact map of the event below. As observed, the reaction is likely to be in the range of 20-25 pips during the first 15-minutes in case of a deviation from +0.36 to -0.51 and could extend up to 51-55 pips in the following 4-hours. 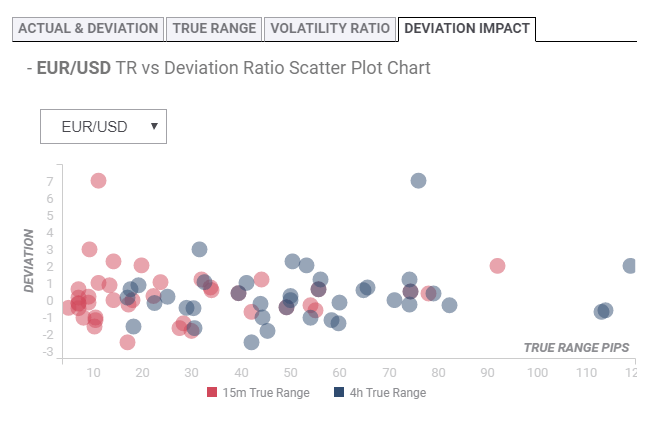 About US durable goods orders

The Durable Goods Orders, released by the US Census Bureau, measures the cost of orders received by manufacturers for durable goods, which means goods planned to last for three years or more, such as motor vehicles and appliances. As those durable products often involve large investments they are sensitive to the US economic situation. The final figure shows the state of US production activity. Generally speaking, a high reading is bullish for the USD.

USD/CHF once again fails near 200-DMA, eyeing US macro data for fresh impetusBlog
EUR/JPY turns negative below 118.00 ahead of dataBlog